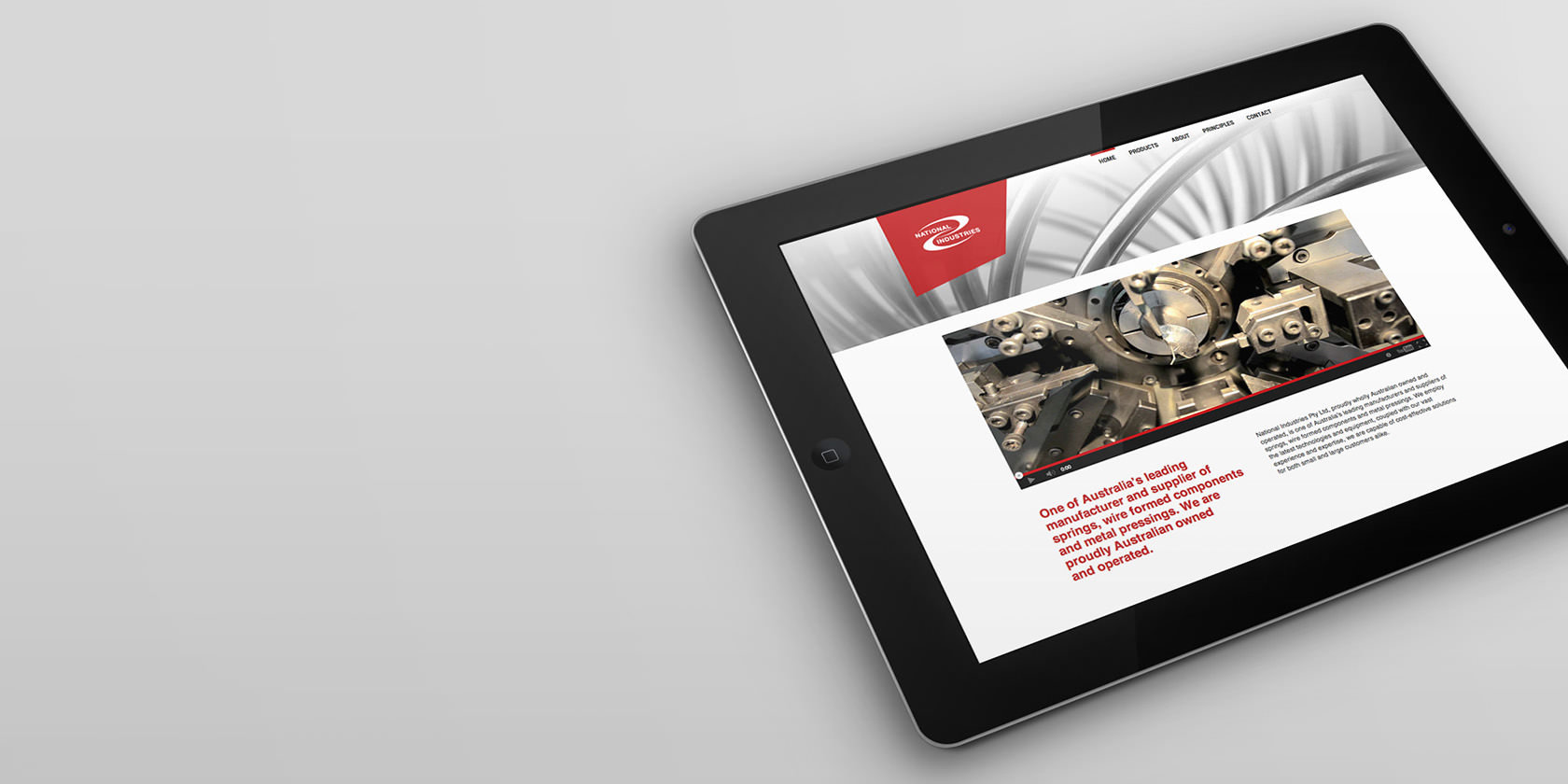 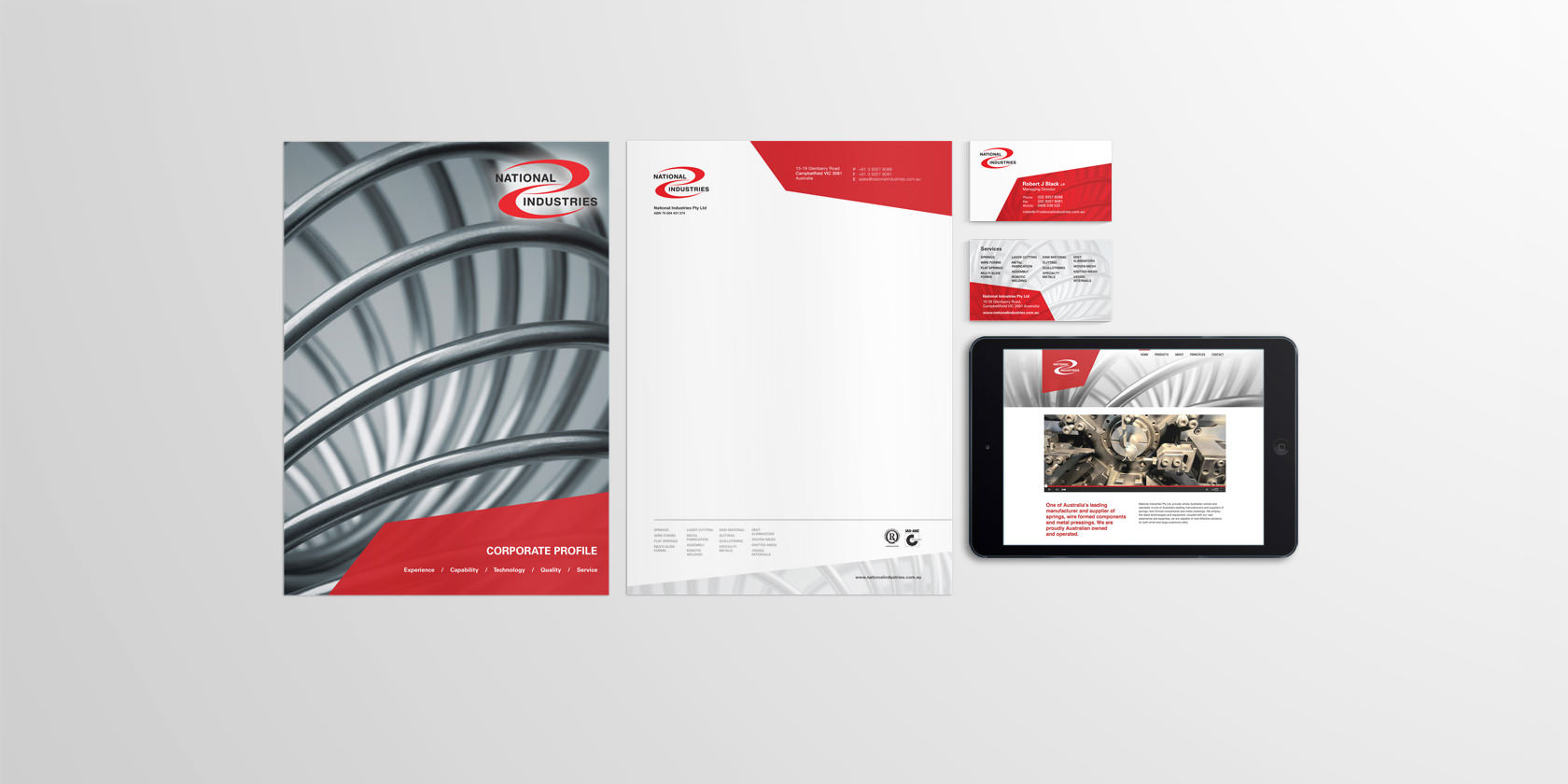 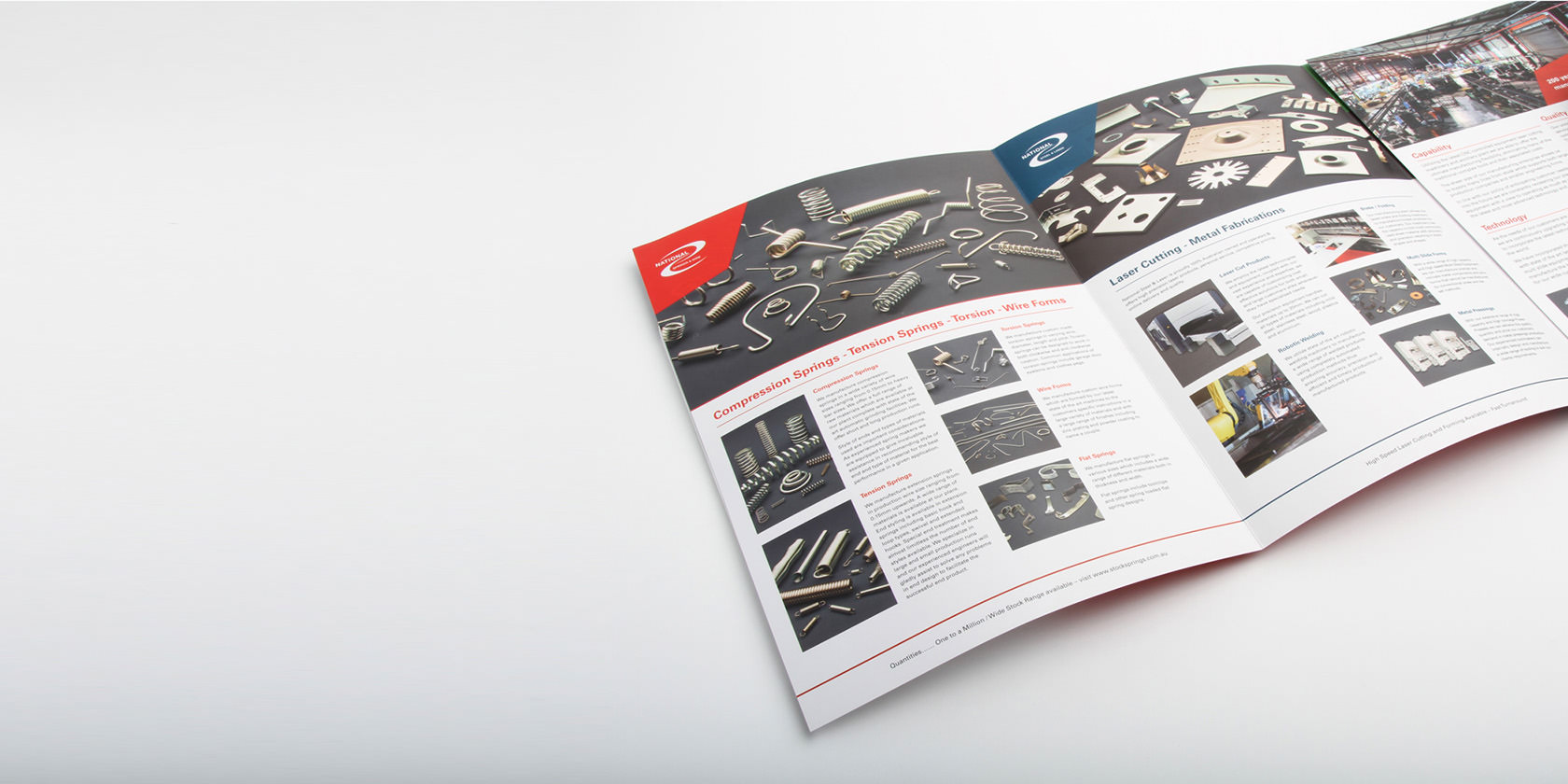 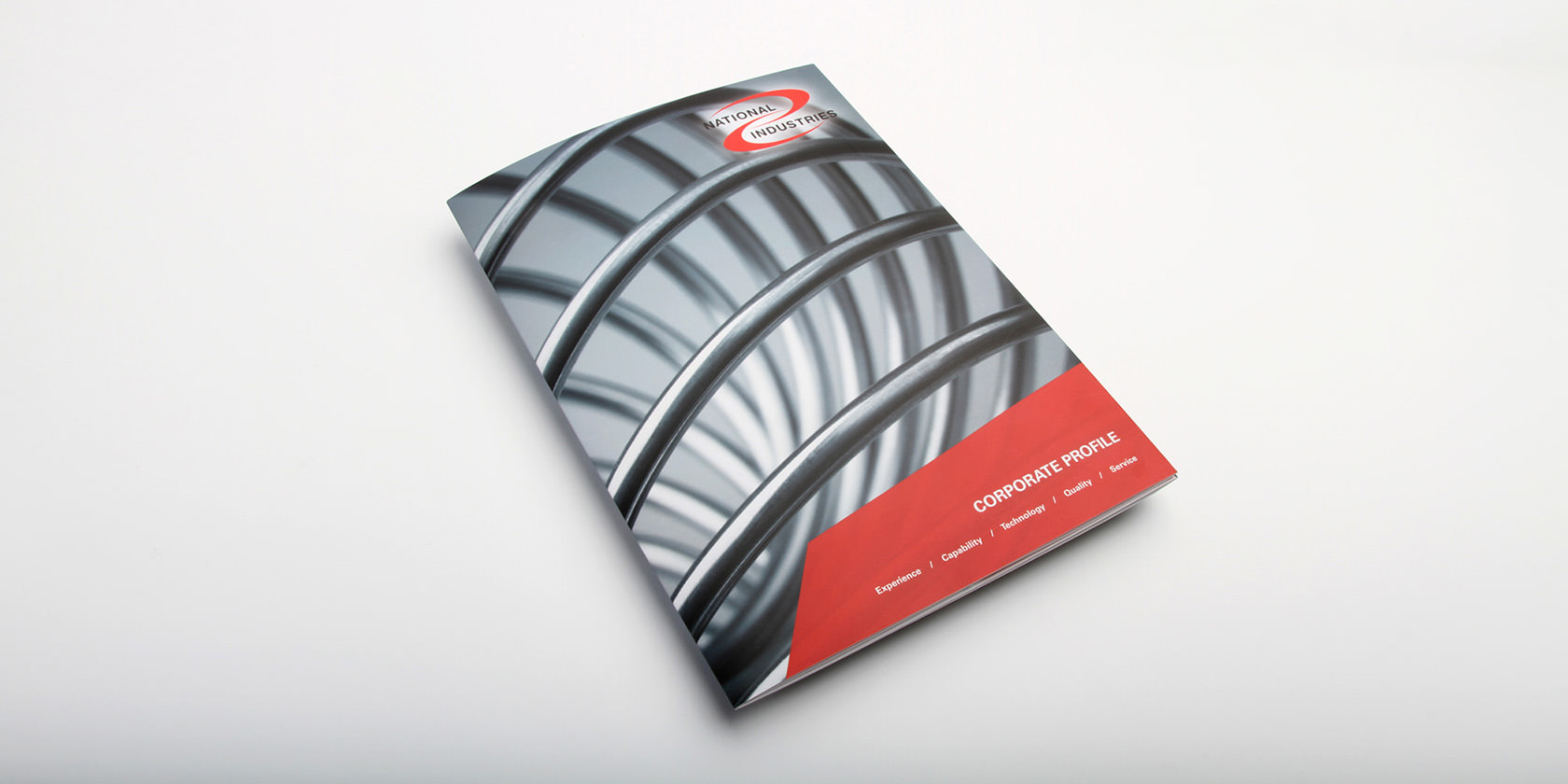 National Industries is one of Australia’s leading manufacturers and suppliers of springs, wire formed components and metal pressings. Formally National Springs & Wire, in 2012 the company was re-named to National Industries and underwent renovations at it’s Campbellfield premises.

After nearly a decade of working with 765°, our team was appointed to re-brand the company’s image. In turn, 765° offered a brand package that still considers National Industries’ past success but is modernised in line with the company’s vision for the future.

Want to work with us or just say hello?